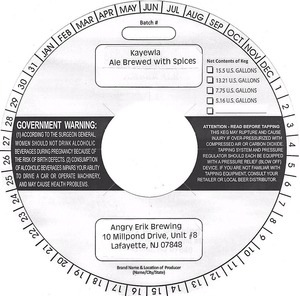 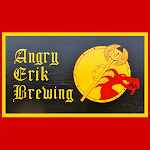 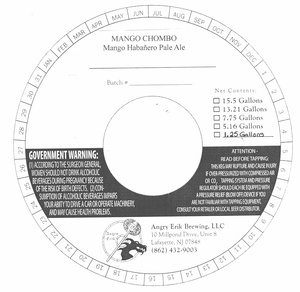 In the rural northwestern Jersey village of Hampton Township, ANGRY ERIK moved from nearby Lafayette to now occupy a maroon aluminum-sided barnhouse at a newish industrial mall area during 2019.

A maroon-umbrellaed, slate-pavered side deck with plastic furnishings offers plenty of outside seating along the hillside.

A host of patrons greet my dog Roscoe upon my initial August ’19 sojourn. My wife and I will quaff five previously untried suds while grabbing a few seats on the deck midafternoon.

Directly off Route 94 in the rural Western Jersey town of Lafayette, ANGRY ERIK BREWING is a small, successful, independent business ready for imminent expansion. Since opening in 2014, the entrepreneurial husband-wife tandem of Erik & Heide Hassing have taken their steady offering of one-off beers and seasonal repeats statewide and beyond.

Relishing the cool “Don’t Get Mad, Get Angry” slogan and utilizing a thrasher-wielding dragon Viking insignia, Angry Erik boasts a “constant variety of beers to quench every craft beer lover. Inside a red-tanned light Industrial complex, its eight-seat bar features several tap handles and a blackboard listing draught selections while three wood tables line the left side. In the back brew room are two plastic picnic tables for further seating.

On my celebratory 4-20 visit during 2018, the entire menu changed from a mere two weeks hence. I got to quaff five previously untried suds before heading East at sundown. 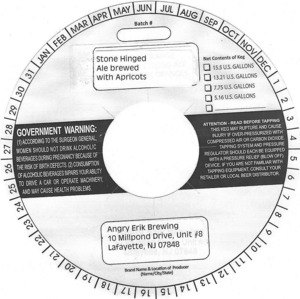