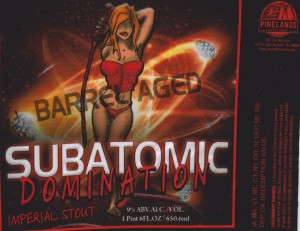 On early March ’22 stopover, snow came down as I indulged in a few more Pinelands libations.